I am a 32-year resident of Sunnyvale and supporter of Measure M.  In that time, I have helped out my community in many ways. In 2002 I chaired the committee to build our 50-meter swimming pool at Fremont High School. 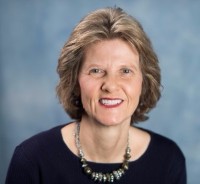 I also chaired committees to raise funds for our wonderful local high school district and raised funds for many local charities. I did all these things because I believed in them.

More recently, I got involved in questioning some out-sized development proposals including the one at Butcher’s Corner because I felt the plans were unreasonable. We all have an obligation to assist in our community and if you have specific knowledge, we each have an obligation to share what we know. Here is mine.

I personally witnessed 3 sales/leases or attempted sales/leases of public property that were not conducted in full public view. In 2009 and 2010 when I was a consultant for Habitat for Humanity, I was approached by a councilmember who wanted to promote the idea of getting a Habitat home built in Sunnyvale. I was delighted to make introductions. I was told that there was a potential site adjacent to Murphy Park where a row of homes the city purchased to expand the park were going to be divested and the park expansion abandoned and that the neighborhood was o.k. with this.  Nothing could have been farther from the truth!  Residents were uninformed about the abandonment of the park expansion and when it was too late, they were outraged. I deeply regret having unwittingly been a part of the sale of public land in those circumstances even though the Habitat house was a great addition.

Then, in 2013 and 2014, while attending numerous council hearings to review annexation, EIR and development plans for Butcher’s Corner, I witnessed and then researched the sale of the Raynor Park Building and the subsequent use agreement that gave Stratford School priority use of the park over resident use. I read documents and listened to hours of public testimony where I discovered inconsistent processes, lack of transparency with the public, bias and a clear pattern of bad judgement which gave the Stratford proposal a clear advantage.

In 2013, I heard a councilmember testify that there was no plan to enact a back room deal for developer Jay Paul to build high density housing on civic center land in exchange for revenue to rebuild our public library. When this was clearly outed by another councilmember with testimony that there was a closed door meeting to discuss just such a deal, this proposal became public knowledge.

Voters should look at the facts:
Were the homes next to Murphy Park sold in lieu of expanding the park?

Was the Raynor Park Building sold and was priority use of parts of the park transferred to a private entity?

Was there a closed-session council meeting to discuss Jay Paul’s development proposal for a 99-year lease for high density housing on civic center land?

Did Santa Clara sell their golf course and are they building a high density development in its place?

Follow the facts! I urge voters to use their brains and think!  What can we know is for sure, and what is only speculation – don’t believe the speculation!

Judge Measure M on what you have seen, and put the brakes on the sale of public lands in Sunnyvale without a public vote.

The question you need to ask yourself is this—

Should it take 4 votes or 40,000 votes to dispose of public land like Raynor Park?

If you would prefer not to place all your trust in 4 special-interest-funded votes on the City Council, you need to vote Yes on Measure M.